Posted by Mattie Ginsberg at 09:41 No comments:

Posted by Mattie Ginsberg at 15:31 No comments:

I have been to the council and talked to the guy there for 2 hour's, basically he didn't care and told me that people from London can come here and park because it is a public highway, I'm not quite sure if the reverse applies to people from Wales going down to London. At any road it's obvious that it's a problem because even the receptionist in the council informed me that lots of people from Llanberis complain. Previously I have complained to the council who (conveniently get an office in Colwyn Bay to subcontract for them and do their dirty work) and they're reply was "yes we know that parking is a problem in LLanberis," yet they still went ahead and fined me for it (what the heck is the sense in that). Race day is coming up and the local parking officer's will be in a fit of frenzy issuing tickets out to every car that is illegally parked (because there is no space for them), I think this is a really good move to promote tourism in the area. North wales has the highest car usage in the U.K and add to the mix the fact that Snowden is the busiest mountain in the world then it only adds to the frustration of locals not being able to park in they're own vicinity. I went around with a petition the other day and one of the first doors I knocked on was far back from the main road up by Kevin the Cllr's house (she had just received her a dose of Chemotherapy), and she told me that it was a problem for her to have to park a massive distance away from her house and walk back. It's bedlam out there. We should not be penalised for something we're not culpable for. What do you think? Please comment and share if you agree/disagree. Thanks. Here's the link for the website go and like it if you like (this affects us all and is happening nationally)https://www.facebook.com/LLanberis-Residents-Against-Parking-Fines-for-Locals-437106226649653/
And here's a link to a song I made about it! https://soundcloud.com/serf-school/coucil-rage
Posted by Mattie Ginsberg at 06:48 No comments:

Just a Rant, that's all!

Posted by Mattie Ginsberg at 06:29 No comments:

Half way right but then wrong again.

Could I awake from a slumber and collude with some sort of distant relative? One that I once held like a brother; the same one that now seems so vague in my mind.  It unrests me to think of it,  because its only like the cigarette gunk buried in my clothes ready to unleash its fastidious smell and remind me of the last nights. Ones I tried to forget! Out there though is where the timid flower clings on, almost whimpering like a dog as it braces itself in the wind; still so beautiful if not only in its symbolism, yet it seems too weak to be picked, and far more poignant would be the gesture of letting it flap hither and tither in the wet wind. Tis but a ‘come on’ for me though, I cannot let it be there, rasping against the cold stones that serve only for the purpose of eroding it. As the corner of my eye fixes on it, life does all of a sudden, suddenly stir! I pick it, romantically beholding it. “Oh!” “Cradle thee I shall!” It is now, and as I fully suspected, not so symbolic. It is an ambassador of nothing, but reminiscent of everything all at once. I beheld that flower, nursing it quickly to its shrivelled death. A flash in the sky was the flower, a red crumpled up dart it served in as much purpose, and now soggily lies in the wet rainbow filled pool, it soaks, I gloat. Have I not served a purpose today? Was there a memory that I could not tame? Or was it just an unpicked flower?
Posted by Mattie Ginsberg at 15:28 No comments: 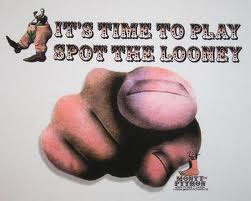 Mattie Ginsberg
I am 33 and a student an accidental one at that, it doesn't turn me on and I consider myself to be inbetween things, at the moment, and always. I won't spill my guts here as I will be writing about it in my blogg. Please enjoy.